The TeachingAuthors are proud to be part of the Vermont College of Fine Arts (VCFA) Summer Blog Initiative. We're especially pleased to be the first blog to feature these inspiring and practical posts by students and graduates of the MFA programs because four of the TeachingAuthors hold MFAs from Vermont College: Jeanne Marie Grunwell Ford, JoAnn Early Macken, Mary Ann Rodman, and me, Carmela Martino. On Monday, Mary Ann kicked off the series with Jodi Paloni's entry, "The Point of Point of View."  In today's guest post, Cynthia Newberry Martin shares a technique for figuring out what happens next in your story. Following the post, I have included a related Writing Workout. Enjoy!

Decide vs. Discover: Let Your Characters Tell You What Happens Next

I used to think I had to know what was going to happen before I could write.  During my first semester at Vermont College of Fine Arts (VCFA), Diane Lefer, my advisor, wrote to me:


I would suggest thinking less ABOUT your characters and instead just trying to put yourself in their shoes and see where they take you.

I copied this sentence on an index card and taped it above my desk. These twenty-four words worked like scissors, cutting me loose. I thought I had to know. I thought I had to decide, but instead I could discover. I could just place the characters in a scene and see what happened.

I learned to wait.

And, as Robert Frost wrote, that has made all the difference.

Cynthia Newberry Martin lives in Columbus, Georgia, the home of Carson McCullers. Her fiction, essays, and book reviews have appeared, or will appear, in Gargoyle, Contrary, Storyglossia, and Numéro Cinq. She is the Review Editor for Contrary and currently in her third semester at Vermont College of Fine Arts working toward her MFA in Writing. You can find her at Catching Days.

* * *
Thank you, Cynthia, for sharing this approach to plotting. I especially like your advisor's advice to put yourself in your characters' shoes and "see where they take you." One way I've done this is to keep a journal written in first person, from my character's point of view. In a blog post last summer, I talked about the journal I kept while writing Rosa, Sola. Below is a variation of the Writing Workout I included with that post.

Every writer has a different method for figuring out the next turn in his or her story. Tune in Friday 6/15, when Sion Dayson, another Vermont College of Fine Arts (VCFA) colleague, will show us another technique for inching forward in the dark. 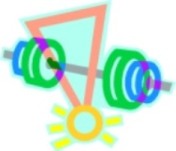 Writing Workout
Create a journal where your characters can tell you what happens next.
Happy Writing!
Carmela
Carmela Martino at 9:20 AM
Share