Something I Love About Writing

In the month of February, TeachingAuthors are giving a nod to Valentines Day with posts about something we love about writing.  April Halprin Wayland wrote about how her “writerly peeps” keep her going with their support. Bobbi Miller wrote about the humanity of villains and the critical role they play in fiction.  JoAnn Early Macken wrote about creative thoughts that circle around in an authors mind and find their way onto the page.

I exclusively write nonfiction books, so what I love about writing is the research.   I love finding details about my topic in countless places.  Recently I explained it like this:

I’m looking for a single needle in each haystack,
and there are thousands of haystacks to look through.

I love the challenge of figuring out how to weave random facts into a book form and knowing that it is original and unique.

One example of a research moment that will live on in my memory happened about a week ago.  I just returned from a long research trip to Mount Vernon, George Washington’s historic home.  I’m working on an upcoming book titled BURIED LIVES (Holiday House) about Washington’s slaves.   At the amazing Fred W. Smith Library for the Study of George Washington, at Mount Vernon, I was allowed to see rare collections that are not digitized.  I needed to see material relating to what happened to the slaves after the deaths of George and Martha Washington. 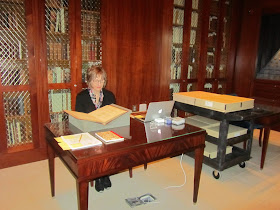 I saw many incredible documents during my research, but the one that meant the most to me was the actual handwritten document that listed where the enslaved people who belonged to Martha’s estate went after her death.   I’ve already done a lot of research into the lives of individuals.  So when I saw this document, it brought tears to my eyes.  Among many other names, I saw the names of Caroline (Martha’s housemaid) and her children, as well as Christopher Sheels (George’s valet).  Both Caroline and Christopher were in the room as George Washington lay dying.  After Martha’s death, they were given as inherited property to Martha’s grandson George Washington Parke Custis-who built Arlington House (now part of Arlington National Cemetery).   Beside their names on that list was their monetary value.

For every nonfiction book I write, I must emotionally bond with the people I write about.  And I have surely bonded with Caroline and Christopher and Billy Lee and Frank Lee, and Lucy, and Oney and Hercules and many, many others.  No longer are their names just an interesting fact to me.  Now I know their families, and what sort of work they did, and who was eventually freed and who was never free.

Now that they are real to me, I want them to come to life through the pages of my book.

To make that happen,
I’ve got to search through a lot of haystacks. 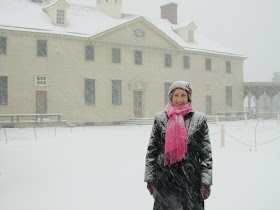