Today I continue our TeachingAuthors series on "After the First Draft: Revision" by sharing three tools you may find helpful for seeing your story's "Big Picture." I'm mainly talking about novels here, but the first two tools could also be used with picture books.

1)  Writing your own flap copy.

"Flap copy" is the name given to the "copy" or information printed on the inside of a book's front dust jacket to hook the reader's interest. I recently attended the SCBWI Wild Wild Midwest Conference, where editorial assistant Rebecca Schwarz of Katherine Tegen Books gave a great talk on how writing the flap copy for a work-in-progress can help writers define and clarify their story's focus, characters, and plot, and hone in on the heart of the story. I won't try to summarize her talk here, but I did find a brief description of this same exercise in a blog post by Cheryl Klein, executive editor at Arthur A. Levine Books/Scholastic:


Another excellent exercise for identifying problems with your manuscript: Write the flap copy. It should include the opening situation, the action that precipitates your main character into the novel, at least one action s/he takes in response, and two of the following elements: interesting secondary characters / further plot twists / the great mystery driving the narrative on / distinctive phrasing from the book / larger questions the book raises that might intrigue the reader, all in 250 words or less. If you can't supply any of these elements, think about why not.

If you'd like to see examples of Klein's own flap-writing process, check out this blog post. Also, note that she's no longer publishing new posts on that blog. You can now find her blog posts at her new website.

I recently did a cover reveal here on our blog for the new edition of Rosa, Sola. As I mentioned in that post, I hired a professional designer to create the cover. Of course, I provided him with a plot summary. But he also asked me to share any ideas I had for appropriate visual images. In thinking about what those images might be, I created two lists:
I have to admit, my first instinct was to try to recreate a scene from the novel on the cover. But the articles I read about cover design said that's not the point. Instead, the cover is intended to catch a reader's eye while hinting at the genre, subject matter, and tone or theme. One of the things I liked about the original cover of Rosa, Sola was the sunlight shining behind Rosa. When I talked to young readers at school visits, I asked them what they thought that represents, and they would always answer "hope." Rosa herself looks rather somber in the picture, and rightfully so, because some parts of the novel are somber. But the sunlight behind her hints at the story's hopeful ending.

However, I've always felt the somber look on Rosa's face might be off-putting to potential readers. I wanted something for the new edition that would be more inviting but wouldn't belie the serious nature of the novel. I decided to use the image of a butterfly, in part because one of my favorite scenes in the novel involves a butterfly. But also because the image of Rosa reaching for a butterfly portrays her longing. Based on the comments I received about the cover reveal, I think it was a good choice. 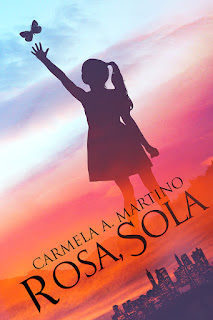 To use cover design as a revision tool, I recommend you come up with two lists like mine: one containing words/phrases describing themes or aspects of your story, and the other listing actual visual images found in your story. If you have trouble creating either list, that should provide clues as to what's missing in your story and the areas you need to work on.

To use this tool, you "shrink" your manuscript by printing (or displaying) the text in a small font. Analyzing this version of the manuscript helps you evaluate your story's overall structure. I've never actually tried this myself, but other authors I know have used it with success. There's a written description of the process on Darcy Pattison's site. She also presents an introduction to the process in this webinar. 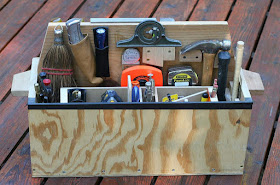 Meanwhile, the inspiring quotes in Bobbi's post made me think of these words from Several Short Sentences About Writing (Vintage Books) by Verlyn Klinkenborg:

A writer's real work is the endless winnowing of sentences,
The relentless exploration of possibilities,
The effort, over and over again, to see in what you started out to say
The possibility of saying something you didn't know you could.

I don't have a poem for today, but you can check out this week's Poetry Friday round-up at The Drift Record blog by Julie Larios.

JoAnn gave her wisdom on writing everything in longhand first. This helps to connect with the words. I also write everything out, including my novels! I do the first and second revision by hand as well. It's a very intensive process that forces you to "face" the words, as JoAnn said. I love that phrase!


Of course, there have been many studies that have explored the benefits of writing longhand. The process helps writers retain information, a necessary task as we weave character and plot! It helps the writer to maintain focus, and it keeps the brain sharp (and at my age, I need all the help I can get!). Of course, writers understand the significance of revision, in which we are literally re-seeing our story. But what a challenge to teach the process to students! I like to share what other writers do to help illustrate the process. It can be very inspiring to read how others approach their process.


Here are some of my favorite inspirations:


"The beautiful part of writing is that you don't have to get it right the first time, unlike, say, a brain surgeon. You can always do it better, find the exact word, the apt phrase, the leaping simile." (Robert Cormier)

"Books aren't written- they're rewritten. Including your own. It is one of the hardest things to accept, especially after the seventh rewrite hasn't quite done it." (Michael Crichton)


"Whenever you feel an impulse to perpetrate a piece of exceptionally fine writing, obey it—wholeheartedly—and delete it before sending your manuscript to press. Murder your darlings." (Sir Arthur Quiller-Couch, On the Art of Writing, 1916)


"Mostly when I think of pacing, I go back to Elmore Leonard, who explained it so perfectly by saying he just left out the boring parts. This suggests cutting to speed the pace, and that's what most of us end up having to do (kill your darlings, kill your darlings, even when it breaks your egocentric little scribbler's heart, kill your darlings) ... I got a scribbled comment that changed the way I rewrote my fiction once and forever. Jotted below the machine-generated signature of the editor was this mot: 'Not bad, but PUFFY. You need to revise for length. Formula: 2nd Draft = 1st Draft - 10%. Good luck.' (Stephen King, On Writing, 2000)

"I enjoy writing and it is hard. But then it's hard for everyone to write well. I have to rewrite over and over again so that on average it takes me a year to write a book." (Avi)

"The first draft is a skeleton--just bare bones. It's like the very first rehearsal of a play, where the director moves the actors around mechanically to get a feel of the action. Characters talk without expression. In the second draft, I know where my characters are going, just as the director knows where his actors will move on the stage. But it's still rough and a little painful to read. By the third draft, the whole thing is taking shape. I have enough glimmers from the second draft to know exactly what I want to say. There may be two or three more drafts after the third to polish it up. But the third is the one where it all comes together for me." (Phyllis Reynolds Naylor)

“I'm a rewriter. That's the part I like best...once I have a pile of paper to work with, it's like having the pieces of a puzzle. I just have to put the pieces together to make a picture.” (Judy Blume)


Interviewer: How much rewriting do you do?
Hemingway: It depends. I rewrote the ending of Farewell to Arms, the last page of it, 39 times before I was satisfied.
Interviewer: Was there some technical problem there? What was it that had stumped you?
Hemingway: Getting the words right. (Ernest Hemingway, The Paris Review Interview, 1956)


"Your eloquence should be the servant of the ideas in your head. Your rule might be this: If a sentence, no matter how excellent, does not illuminate your subject in some new and useful way, scratch it out." (Kurt Vonnegut, How to Use the Power of the Printed Word, 1985)


"By the time I am nearing the end of a story, the first part will have been reread and altered and corrected at least one hundred and fifty times. I am suspicious of both facility and speed. Good writing is essentially rewriting. I am positive of this." (Roald Dahl)

Do you have any favorite inspirations?