A Story I Never Expected to Tell

I never planned to write Rosa, Sola. And I never would have if I hadn't gone to graduate school.

You see, Rosa, Sola is based on events from my life that I never expected to share in a published story.  I originally enrolled in the Vermont College MFA program to complete a YA novel based on something from someone else's life--a story my sister, a medical intensive care nurse at the time, had told me. But not long into the program, I realized that I didn’t yet have all the writing skills I needed to make that particular story work.

"Plan B" was a middle grade novel about a 12-year-old boy whose best friend moves away. When my advisor, Marion Dane Bauer, critiqued the opening chapters of that novel, she said it lacked “emotional core.” I was devastated. I knew what my character was feeling, but apparently those feelings weren’t coming across on the page. Marion suggested a writing assignment: she asked me to write a short story about an event from my childhood that still aroused emotion in me. It could be any emotion, so long as it was something I could still feel in my gut. I chose to write about fear—the fear I’d experienced at age ten, after my mother nearly died in childbirth.

Me, in fourth grade


That short story, “Rosa’s Prayer,” was about losing and regaining faith. It focused on only a few weeks in the life of Rosa Bernardi, an Italian-American girl growing up as an only child in 1960s Chicago. (There are many parallels between Rosa's life and mine, but I am not an only child. See the photo of me with my siblings on my website.) At the beginning of the story, Rosa's mother is in the hospital. Like my own mother, Rosa's mother nearly bled to death due to complications from delivering a stillborn baby. Ten-year-old Rosa had prayed fervently for that baby. As "Rosa's Prayer" opens, Rosa is angry at God for letting her baby brother die, and she refuses to pray. The pivotal scene occurs the day Ma comes home. She is still so weak that she can barely walk. The sight of Ma frightens Rosa--she fears her mother will die. Rosa's only recourse is prayer. The story ends with Rosa on her knees, praying for her mother.

The scene of Ma's return from the hospital is very much like what actually happened to me. However, when I sat down to write the story, I found I couldn't remember many of the details. For example, I couldn't recall what happened either right before my mother's arrival, or right after. So I made up scenes and dialogue to create a story arc. After revising the story several times, I submitted it for critique at the next residency workshop. My workshop group provided terrific feedback for improving the story. They also encouraged me to expand “Rosa’s Prayer” into a novel--they wanted to know what happened to the fictional family I had created. Did they ever recover from their loss? How were their relationships affected by it?  Would Rosa always be an only child--sola?

Over the next 18 months, as I expanded the short story into a novel, the story's time span went from a few weeks to a full year. The novel became a story about facing grief head-on instead of trying to hide from it. Although the novel was truly fiction, I found I could not tell Rosa's story without reliving some painful parts of my own childhood. As I reexamined those memories, I made an important discovery: in their attempt to protect me, the adults around me had never allowed me to mourn the loss of my own brother. Thirty years later, I was finally able to forgive them.

As I worked to find a way to bring Rosa's story to a healing conclusion, the floodgates opened. I sat at the keyboard with tears streaming down my face. I was surprised at how much grief I still carried within me. At times, the writing process was so emotionally exhausting that I had to take a nap after finishing a scene. But there were fun times too, as I added touches of humor to counteract the sadness. In the end, guiding my character through the stages of grief finally allowed me to resolve my own feelings.

While I never intended to write Rosa, Sola, I am so glad I did. And I will be forever grateful to Marion Dane Bauer for assigning that initial writing exercise. It not only helped me learn to portray emotion on the page, but it gave me a tool I can use over and over to find story ideas. It's a tool I've shared with students of all ages, as you'll see from the Writing Workout below.

Reminder: for those of you who are teachers or homeschoolers: there's still time to enter our contest! The prize is your choice of one of the six TeachingAuthor books we've been discussing. Entry deadline is Saturday, January 30. Read all about it here. 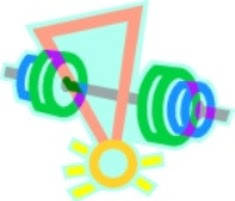 
I regularly teach workshops in "Transforming Life into Fiction" for students in grades 3 through adults. The first step in the process is "mining for memories." The key to powerful writing is to choose memories that arouse strong emotion in you--that emotion will help the story feel authentic to the reader no matter how much you eventually change the actual facts of the story.

Note: if you're doing this exercise with children, you may want to first talk about emotions in general and brainstorm a list of a variety of emotions.

Using the timer and writing quickly helps to quiet your inner critic. When you're done, you should have a whole list of possible story ideas. I suggest repeating the process periodically because the list you generate may vary greatly according to your mood and where you are in your life.