The Problem of Conflicting Feedback

A big "thank you" to all who entered our latest giveaway. We enjoyed learning about your favorite chocolate treats. :-) The winner of the 2013 Children's Writer's and Illustrator's Market is:

Sandy Brehl
Sandy blogs at Unpacking the POWER of Picture Books. Congratulations, Sandy! And thanks again to Mary Kole for her guest interview.

And now to wrap-up our current TeachingAuthors' topic: critique groups, and critiquing in general. Last Friday, Jill opened the discussion with some excellent tips for when you're critiquing a manuscript in a group setting. Mary Ann focused on advice for one-on-one critiquing. Jeanne Marie emphasized the importance of looking at first drafts at the "global level," instead of nitpicking them. And both Mary Ann and Jeanne Marie talked about the value of asking a writer: What made you decide to write this particular story?/Why did you choose to write about this topic?  Today I'd like to share a bit about what to do when you receive conflicting feedback.

In the facilitated critique workshops that I teach, we follow the critiquing model I learned at Vermont College. The format is described in this guest post by Lyn Miller-Lachmann. There are two unique aspects to this format that are specifically designed to help keep the writer from getting defensive:

1) The author remains silent while others discuss his or her work. When you think about it, this makes sense. When you submit a manuscript to an editor or agent, you're not there to explain the choices you made. The manuscript must succeed on its own. Also, an author who remains silent is more likely to really hear the feedback because he or she isn't sitting there thinking about how to respond to what's being said.

2) After a round of sharing positive feedback regarding what's working well, instead of telling an author what's "wrong" with the piece or what needs "fixing," critiquers share questions about the manuscript.  I've found it takes some practice for my students to learn how to express their comments in question form, but here are a few examples:
“Is the narrator a boy or a girl?”
“What time of day is it? What season?”
“What happened to the dog?”
“How did the narrator feel when that happened?”
“Why did the mother react so strongly to such a minor accident?”
“Why didn’t the mother react more strongly?

I do allow my students to preface their questions with an “I” statement to indicate points in the story where they were confused or found something unclear. For example:
I was confused here. I thought the narrator was a boy. Is the narrator a boy or a girl?
I couldn’t picture this scene. Is the main character sitting or standing here?
I didn’t understand exactly what this sentence means. Could you clarify?

When I facilitate critique workshops, I remind students that all feedback is subjective, including mine. Just because I'm the "teacher," that doesn't necessarily mean my comments are "better" or more valuable than anyone else's. I also encourage students to share their opinions even if they disagree with me and/or with their fellow students--it's important for a writer to know different readers may react differently to the manuscript.

So, when you're the author, how should you handle contradictory feedback? My advice is to latch on to the feedback that feels "right" or "true" first. For example, let's say that while drafting your piece you wonder if a section of dialogue sounds too mature for the character's age, but you leave it as is. Then, when you bring the piece to critique group someone asks: "How old is this character? I think his dialogue sounds old for a 9-year-old." Even if another critiquer responds, "I disagree. His dialogue sounds just right to me," I'd go back and revise the dialogue. 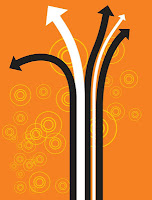 On the other hand, if you're not sure which feedback feels "right," you can go one of several ways. You may decide to go with "majority rules"--what do most critiquers agree on?  OR, if there's someone in the group whose opinion you particularly respect or tend to agree with, then you might go with that one individual's response, even it it's the minority opinion. In the above example, if the person saying the dialogue sounds "just right" is a third-grade teacher who works with 9-year-olds on a daily basis, I wouldn't revise. OR, you may decide that the contradictory feedback is a symptom of a deeper problem that requires you to go back and revise something earlier in the story. Perhaps your character is precocious, and mature dialogue is part of his personality. In that case, you may want to go back and check whether his dialogue has been mature for his age from the very beginning. If his precociousness is important to the story, you might want to include other signs of it, besides his dialogue.

Keep in mind that the more critiquers you have, the more likely you are to get contradictory feedback. Sometimes, that's a good thing, but not always. I've seen writers revise over and over again thinking they will eventually satisfy all their critiquers. The problem is: You can't please all your readers all the time.  If you don't believe me, go to Goodreads and look at the reviews for The Hunger Games by Suzanne Collins. Alongside this bestseller's many 4- and 5-star ratings, you'll see reviews with only 1-3 stars.

As I said earlier, reading is subjective. While critique feedback can be invaluable, in the end it's your story, and yours alone.