Whenever I have an idea for a picture book story, I open a fresh page on my computer and start typing. I write a one-sentence synopsis or a page of possible plot points or even three pages of pretty detailed notes on character-motivation-setting.

Then I add it to a folder on my desktop labeled "pb ideas" and return to my work in progress. No matter how sparkly and enticing those new ideas may seem, I know I can't allow them to steal momentum from my current project. Eventually, I'll get back to them, right?

Except when I don't.

How many times has that come back to bite me in the you-know-what? Wayyyy too many, unfortunately.

I love reading through the fat issues of Publisher's Weekly that announce children's publishers' spring and fall lists. I hug it to me as I settle into a cozy chair, then casually begin paging through – la, la, la – thinking, "oh, cute," or "ooh, that sounds fascinating/interesting/intriguing," or "wow, great idea." 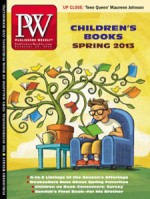 The past few years, though, I find myself turning each page with mixed emotions. Anticipation, certainly, but also an inward cringe, because I can't help wondering when I'm going to come upon a little gem that makes my heart sink, when I'm going to read a synopsis/title that makes me go, "Hey, that's MY idea!" and sends me running to my office to open my "pb ideas" folder (part of this process, apparently, is seeing confirmation in black and white), and heaving a big, regretful sigh of promise, unfulfilled. (Yeah, okay . . . I do like to allow myself one moment of drama.)

This spring, there were two. The first:

Scholastic/Orchard
Lucky Ducklings by Eva Moore, illus. by Nancy Carpenter. Ducklings are rescued from a storm drain. Agest 5 to 7. (Feb) (This one's garnered starred reviews, by the the way, from PW & SLJ) 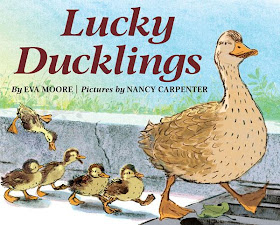 This story has been in my file since I read about an identical incident in my hometown 7 or 8 years ago. Did I do anything with it? Nope. 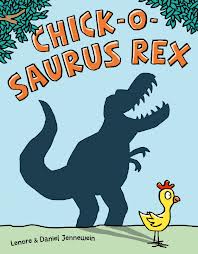 This idea has only been in my file for 3-4 years. My bird began as a parakeet harassed by the other family pets. Then, last year, I added:  What if he were a barnyard chick?

Aarrrrggghhhh! Of course I was too late, anyway, as Ms. Jennewein's book would have already been in production. And wouldn't it have been awful if I had written and sold the thing to a different publisher, and then hers had been released just before mine (or vice versa)? *shudder*

Now, I don't know either Ms. Moore or Ms Jennewein, but I can't help feeling a kinship. And I hope their books sell a bajillion copies. You can bet I'll be ordering them, because they sound ADORABLE, each in their own way.

You can also bet that I've revisited my "pb ideas" folder and pulled a couple of stories out onto my desktop for immediate attention.

Because that's the key. You can have the best story idea the world has ever known, but if you don't DO something with it, somebody else will. More and more, as Out There as this sounds, I believe that once a story idea vibe is floating around in the universe, more than one of us is going to receive it.

That's what I'll be doing.

Book giveaway:  We have a winner! Kristen Larson, you've won an autographed copy of Michelle Markel's and Melissa Sweet's Brave Girl:  Clara and the Shirtwaist Makers' Strike of 1909 (Balzer and Bray). Congrats!!
Jill at 9:20 AM
Share