Oh, how I am beaming as I write today’s post. J
I’ve been cheering on my former Newberry Library 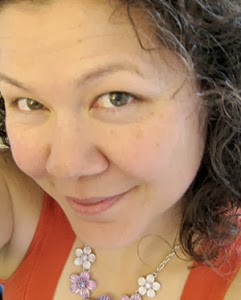 Workshop student and fellow SCBWI-Illinois Chicago kin Crystal Chan since I first declared her a Writer and specifically, a Novelist.
And now you can do the same, once you learn her story and how she came to write her just-released well-reviewed debut middle grade novel Bird (Atheneum/Simon & Schuster).

Our TeachingAuthors Bookgiveaway of a signed copy of Crystal’s Bird keeps me beaming. Be sure to read the Rafflecopter details that follow my interview. The deadline is February 14 at midnight.


Crystal offers this synopsis of Bird on her website.
“It’s only natural to have silence and secrets in your family when you’re born on the same day that your brother died. At least, that’s sure what it seems like for twelve-year old Jewel. Add to that the fact that you’re the only mixed-race family in your rural Iowan town, and well, life can get kind of lonely sometimes. But when a boy named John moves into her town, his courage and charisma immediately stand out and the two kids instantly click. John’s presence, however, has an unsettling effect on her family. As the thick layers of silence in her family begin to unravel, Jewel finds that her life is not as stable nor her family’s expectations as certain as she once thought. Suddenly, Jewel needs to choose whether to stay loyal to the person her family wants her to be or to claim her own identity, no matter the cost.”


Be sure to check out Crystal’s website where you can read the opening pages of Bird - as well as – listen to part of the Listening Library Audiobook recorded by Amandla Stenberg, who played Rue in the Hunger Games.


You can learn more about Crystal at The Class of 2k14 website.
You can also click here to read Goodreads reader reviews.

(1) Five and a half years have come and gone since we first worked together in my 2008 Newberry Library Picture Book Workshop and I declared you a Novelist of the first order?  Do you recall what you were hoping to learn – and – what you indeed took away – about writing, the Children’s Book World, publishing and most of all, your story?

(laughing) I sure do remember when you declared me a novelist – and how heartbroken I was about it! I just wanted to be a picture book writer…so then I did NaNoWriMo to prove you – and more importantly, myself – wrong, as in, See? I’m not a novelist. So then imagine my surprise when a month later, I had a novel. Not one that will ever be published, but a novel nonetheless, which was astonishing. Like, I did it. And the thing I realized in that whole process was that I had a story to write in the first place. I had something to say. And that was so shocking that I decided to write a second novel, see where it would take me.

(2)We’d met earlier at Chicago’s Cenacle Retreat Center when I was booking and planning a weekend Retreat for our SCBWI-Illinois Chapter.  Once you learned about our most vital children’s book community, you jumped in fully-clothed and pronto, connecting and then helping others connect.  How did those connections and learning opportunities help you connect to your own writing and eventually, the writing of Bird?

I was Chicago’s co-Rep for SCBWI-IL, yes. It was so great, getting out and being the first person to meet folks, to be the contact person for speakers (authors, illustrators, agents, editors) – it was a lot of work, and totally worth it. And it was through the SCBWI network that I learned about the downstate Words in the Woods workshop, where Kathi Appelt, a guest speaker, read my novel The Messenger, fell in love with it, and helped introduce me to agents.

(3)Your gorgeous promotional postcard captures Bird in these words:  “Entrenched secrets, mysterious spirits, and an astonishing friendship weave together in this extraordinary and haunting debut.  Nothing matters.  Only Bird matters.  And he flew away.”
How did this story of twelve-year-old Jewel come to be?  What was           its spark?   What were your challenges?  What do you hope your      readers take-away from Jewel’s journey?

I had just finished reading Keeper, by Kathi Appelt, and was sick at home from work. I had also finished my first manuscript and was fretting that I might not have another idea for another novel. Ever. I was thinking about this for hours, and finally I got so sick of myself that I said, Crystal, either you get up out of bed and write your next book, or you go to sleep because you’re sick. But you’re not going to lie in bed thinking about not writing your next book.

And then I started thinking more about Keeper, and how I loved that story; it’s about a girl who thought her mother turned into a mermaid and goes out to sea in search of her. And I thought, A girl who thinks her mother was a mermaid - that’s such a great idea – I wish I had thought of that! But what if… instead... there was a girl whose brother thought he was a bird, but then he jumped off a cliff because he thought he could fly … Then the voice of the protagonist, Jewel’s voice, started speaking and I got out of bed and wrote the first chapter.

(4) Readers love to know a Writer’s Next Steps.  Once you completed Bird, how did you go about connecting with your agent, Emily van Beek of Folio Literary Management (www.foliolit.com)?  And once the book sold to Atheneum Books for Young Readers, what was the revision process with your editor?

I actually didn’t complete Bird first! I went to a full manuscript writing workshop with Namrata Tripathi, which was at this lady’s house and ran for an entire weekend (it was really cool). I was about to submit my first novel, The Messenger, and only had a partial to submit to Namrata for this workshop. I had maybe 50 pages, no ending, nada. About four months after the workshop, when we submitted The Messenger to her, she basically said, Thanks but no thanks – but I want to acquire the partial of Bird, because I haven’t stopped thinking about it since I read it. And so we jumped. And she worked with me from the very first draft.

(5) Your website (www.crystalchanwrites.com) speaks volumes as to what you hold dear, including the links to mixed race resources.  The homepage reads – “Imagine beyond boundaries.” What did you want this website to do for you, your readers and the book itself?

I love that image on the landing page – of being in the woods under a starry night sky. The stars and sky play an important role in Bird, and Bird also has this feel of mystery, of possibilities – I felt that this image captured an essential part of the book. When I first saw that picture, it took my breath away for a moment, made me pause a moment, and I realized that’s what I wanted to give to my visitors: a quiet moment. We rush around so much – no more so than on the web – and I wanted that image to be a gift, where I’m not saying Buy this or Do that but just giving the visitor something, even if they just click away after seeing the picture. And the thing is, if someone really connects with the image, hopefully they’ll connect with the book, as the tone and themes of the book are actually quite similar.

(laughing, again) Yeah, right? It’s been quite a whirlwind of activity, and this whole writing trajectory has happened quite fast. It’s been stressful – I’ve needed to be more agile than I’ve ever been. I mean, at conferences people stand up on stage and say, This is how the submission process works, this is how the acquisition process works, and none of that has applied to me. In fact, it gave me such wrong impressions of “how things work” that I wish someone would have just said, The path to publication is different for each person, and here is the range of experiences…That would have been more helpful.

(7)Finally, can you let readers in on what you’re currently writing and/or your next book?

Ooph! I’m writing a YA story, but other than that, my lips are sealed. J


And readers: be sure to return Wednesday, February 5 for Crystal Chan’s Wednesday Writing Workout.
You can win an autographed copy of Bird by entering with Rafflecopter, below.  The contest will end February 14, 2014 at midnight.  Please add a note in our comments section telling us why you hope to win the book.  Thanks!