Today, in our last TeachingAuthors' post for 2014, I wrap up our series about our favorite reads of the year. In case you missed the earlier posts, Mary Ann kicked off the series by talking about a graphic novel she enjoyed, April shared a poetry title, Bobbi discussed a bounty of books, JoAnn shared not only favorite titles but also a description of her reading process, and Esther even included a couple of adult books on her list. After sharing my two favorites, I'll also provide links to several "Best of 2014" lists published by review journals. That should give you plenty of reading material to get through winter break!

This has been such a busy year that I probably wouldn't have read any books for pleasure if I wasn't a member of the "Not for Kids Only" (NFKO) Book Club sponsored by Anderson's Bookshop. Both my favorites of the year are books I read with the group.

My first is the classic, The Giver, by Lois Lowry, originally published in 1993 by Houghton Mifflin and winner of the 1994 Newbery medal. 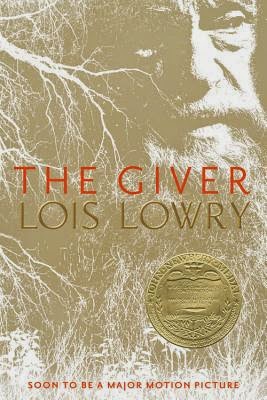 Our NFKO group read the book in preparation for seeing The Giver movie together as a group. Most of us had read the novel before, as I had back in 1997. While re-reading it this August, I was surprised by how little I remembered. I recalled the ending clearly, because I’d reread it several times to try to understand it. I also recalled that Jonas’s eyes were different, and how he’d first seen the color of an apple. But other than that, it was like reading the novel for the first time.

After my first reading in 1997, this is the response I wrote in my book-reading journal:


"This book was extremely well-written.  The futuristic world seemed so real it was frightening. Jonas made a great hero: intelligent, sensitive and brave, yet still uncertain and with his own fears.  . . . I can see why it won the Newbery."

I'm a much more critical reader now than in 1997, and I was even more impressed with the novel this time. I was so enthralled with the story and with Jonas's world that I went on to read the other three books in the Quartet: Gathering Blue, Messenger, and Son. While they are all masterfully written, The Giver is still my favorite.

By the way, I didn't know what inspired Lois Lowry to originally write The Giver until I read this post on Anita Silvey's Children's Book-a-Day Almanac. If you're not familiar with this classic novel, or haven't read it recently, I suggest you pick it up, especially if you've seen the movie. While I enjoyed seeing the world of The Giver brought to life so brilliantly in the movie, there are several significant differences between the movie and the book. I'm not sure all the changes were for the better.

The other favorite I'd like to share is Rump: The True Story of Rumpelstiltskin by Liesl Shurtliff, published by Alfred A. Knopf Books for Young Readers in 2013. 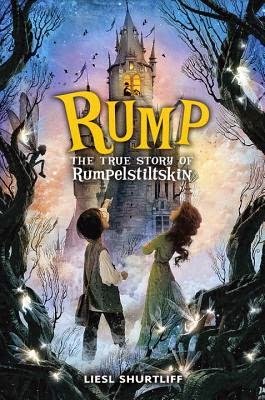 This middle-grade novel is a fun re-imagining of the Rumpelstiltskin tale in which the title character turns out to be the story's hero. Here's an excerpt from the School Library Journal review that sums it up well:


"All the elements of the original story are here--the greedy miller, the somewhat dimwitted daughter, and Rump's magical ability to spin straw into gold--but Shurtliff fleshes out the boy's backstory, developing an appealing hero who is coping with the curse of his magical skills while searching for his true name and destiny. This captivating fantasy has action, emotional depth, and lots of humor."

I identified with the main character--initially known only as "Rump"--right away because, like him, I hated my name as a child. I was the only "Carmela" in my K-8 elementary school and even in my high school. I disliked having such an unusual name and I despised the "nicknames" the other kids gave me. Eventually, though, I grew to love my name, as "Rump" does by the end of the novel.

I happened to read Rump while I was preparing to teach a summer writing camp for ages 11-14. I decided to use it as an example for our class discussion on choosing character names. After I read the first chapter to the students, several of them went out to borrow or buy their own copies of the book to read the rest of the story. I know of no better recommendation for a children's novel!

And now, as promised, here are links to some of the review journal lists of "Best Books of 2014" for children and teens:

Don't forget, today is Poetry Friday. When you're done checking out all these great lists, be sure to head over to this week's roundup by Buffy Silverman at Buffy's Blog.

Wishing you all a safe and happy holiday season!

Our blog posts will resume on Monday, January 5, 2015.
Until then, happy writing (and reading)!
Carmela
Carmela Martino at 7:00 AM
Share