.
Howdy, Campers ~ and Happy Poetry Friday!  My poem's below, as is the link to today's Poetry Friday round-up.

The topic we TeachingAuthors are knocking around this time is Making a Living as a Writer.

Carmela starts us off with a TeachingAuthors' Book Giveaway of the 2016 CWIM which includes two of her articles, once of which is aptly titled, Making a Living as a Writer; Esther addresses the many ways she's made writing pay...and other pay-offs that result, and our Wednesday Writing Workout, written by former TeachingAuthor Laura Purdie Salas, is titled Is Writing on Assignment Right for You?

So--what are my 3 Tips to Make a Living as a Writer?

And now for a story about making money as a poet.

I've sold poems to anthologies, testing services and magazines.  Between 1995 and 2011 I sold 30 poems to Carus Publishing Company (publisher of Cricket Magazine and many others). I'm going to brag here because it still makes me proud: in 2003 they asked me to write a poem for a progressive story in honor of the 30th anniversary of Cricket.

In 1997 I asked John D. Allen, my all-time favorite editor, if I might possibly be given a raise.

Okay, I wrote. Could you give me a free subscription to Cricket? My son was then eight years old.

He replied: "I wish I could offer you an author discount or a subscription credit against your sales, but I'm told I can't. We don't give out much of any discounts besides the early renewal one you checked on your form.  And shifting author payments toward subscriptions would create some sort of accountant's nightmare around here. (Actually, that's all a lie. I was told I could offer you any sort of discount I wanted, as long as the difference came out of my salary. So I thought, Well, I could make April's life a little easier, and it wouldn't cost me much--probably just the price of the cinnamon Pop-Tarts I was planning to buy for an afternoon snack. But then, well, one thing led to another, and to make a long story short, the Pop-Tarts were delicious.)

I loved working with John.  I loved seeing my poems in BabyBug, Ladybug, Spider and Cricket. I surrendered.  Sort of.

In 1998, I responded to his suggestion that I cut a repeated stanza from a poem he'd accepted:

My husband Gary, who is a CPA (deep into Tax Season as I write this) asked me to ask you if you were going to pay me for the invisible stanza." 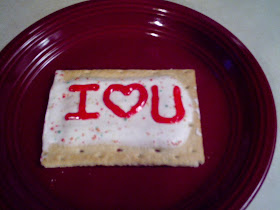 Here is the poem John critiqued--without the repetition:

This guy drags his drum set onto the sand
so that I have a front row seat
takes off his jeans jacket
snaps his wide red suspenders
and lets loose:

he is in his space
sun is on his face
gulls in the air
clouds in his hair
Go man, go!
I clap against the shore,


rise up and give him a standing ovation
More!

published in Cricket Magazine December 1999
© 2015 by April Halprin Wayland. Used with permission of the author, who controls all rights

This poem was subsequently awarded SCBWI's 1999 Magazine Merit Award for Poetry. (You're right, John!  I take it all back!)


If you haven't already done so, enter our latest Book Giveaway of the 2016 Children's Writer's & Illustrators Market


Now, click over to today's Poetry Friday on my juicy little universe ~ thanks for hosting, Heidi!