I graduated from the graduate program at Vermont College of Fine Arts Writing for Children and Young Adults (VCFA) with a four-book contract for picture books that highlighted my love of American folklore and history. But, as much as I knew about writing and story, I knew nothing of the business of children’s publishing. And it is, foremost, a business.

I signed on with the first agent who would help me with the multi-contracts. This relationship wasn't a hard find. I already had the contract in hand, or rather contracts. This meant, I already did the hard work. This is never a good idea. Like any relationship, you want to get to know each other, ask questions, and make sure it's a good fit. You don't get married after only a first date. And an agent-writer relationship is akin to a marriage. ( See Mary Ann's wonderful discussion on her relationship with agents!) This agent sealed the deal with the contracts, but a couple of significant  issues arose. She had signed the boiler plate contract. The contracts included a couple of damaging, very strict clauses:  the option clause, which gives the publisher the privilege of publishing your next book, and the non-compete clause, which restricts the author from publishing another book that competes with the work in question. This first agent didn't negotiate to reword or remove them, and I didn't know enough to ask what they meant. Needless to say, that relationship ended in a quick divorce. I found another agent, via one of the agent's clients, but more problems arose.  According to this new agent, because of these clauses, I couldn’t submit work elsewhere, and she couldn’t renegotiate the clauses because she wasn't the agent on record.

In other words, my career was not only stalled, it was completely derailed.

That relationship also quickly, of course. Determined, I went to Author’s Guild, learned what I had to in order to understand these clauses, and then I renegotiated the particular clauses myself.

My first two picture books came out in 2009, eight years after signing the contract. The second book was published a year later. The third book came out in 2012, eleven years after signing the contract. The fourth contract was cancelled. Thankfully, I had a strong circle of friends, in particular Eric Kimmel and Marion Dane Bauer, who understood that business side of things and shared their wisdom and support through those many years.

But there was yet another, stronger riptide I had to steer through. Beginning in 2001, the children’s market was changing dramatically. The folklore picture book market was bottoming out. The very genre that I had studied, loved, and sought as my career was no longer an option. What the heck do I do now? Where do I go from here?

Writers have to find a way to adapt.

Into the woods I went, searching for a place where I belong.

The challenge became in combining all that I had learned and loved in folklore and history. For a long while, it was a hit-and-miss effort. Finally I had this manuscript, Big River’s Daughter. It was a middle grade novel, an historical American fantasy. By now, I was unsure if it even fit in a market that no longer viewed folklore as relevant. Even historical fiction was having a hard time.

And that’s when I learned my greatest lesson: the importance of patience and perseverance.

I met Emma Dryden via Facebook, when she was describing her experience as a passenger on a Windjammer cruise – the very one I had gone on as I was researching my book, Big River’s Daughter! I’ve known about Emma for decades; she’s legendary in the field. It turns out, she had just started her own business, drydenbks. I signed up, asking her a crucial question: Where do I fit in now?

And of course, Dumbledore that she is, she helped clarify my thinking and create a plan that would help me achieve my goals. Not only do writers have to adapt to the shifting markets, sometimes they have to make their own place.

Part of that plan included an introduction to agent Karen Grencik, who it turns out had just started a new agency, Red Fox Literary. And this time, I wasn’t shy about asking questions – even dumb ones. And we talked, and talked, and talked. I was cautious given my previous experience. Still, it didn’t take long before I knew: She was the one! One month after we teamed up, Karen sold Big River’s Daughter. Three months after that, she sold my second middle grade novel, Girls of Gettysburg.

All things happens for a reason at the time they are supposed to happen. As River plunges into the wilds of the frontier, taking on the Pirates Laffite and the extraordinary landscape of the mighty river herself in the rough-and-tumble Big River’s Daughter, there is that truth of River’s journey: if one perseveres, life can be full of possible imaginations. 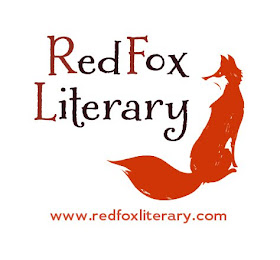 Speaking of perseverance and possible imaginations, don't forget to enter our Book Giveaway to win a copy of the Children’s Writers and Illustrators Market 2017!