I am fortunate.  In the past fifteen years, I've sold and published a dozen books, more or less. (Let's not talk about the one I sold five years ago and has yet to be published.) When I say I sold them, I mean exactly that. I do not have an agent.

I would love to have an agent to take over the time consuming details of submission and contracts. A writer without an agent doesn't have a snowball's chance in July of getting any meaningful changes to a contract.

In my search for the Right Agent, I've submitted and schmoozed and networked for ten years...and I still don't have an agent.

It's a combination of personal taste (the agent's) and your potential to make the agent buckets of bucks. I've been told I'm too "literary" as opposed to a book that could become a cartoon series, complete with action figures.  I write historical fiction, which is a "hard sell." (At least the agents I queried felt that way.) Many agents do not like representing picture book authors who are not also illustrators. Guess who writes picture books but is not an illustrator?

Let me tell you about my Quest for the Perfect Agent, and the lessons I learned.

Lesson One:  It's harder to publish without an agent than it was in 2000.

When I sold My Best Friend in 2001, there were still a number of major publishers who would read slush pile (unagented) submissions. This number has dwindled considerably over the years. I publish with three different houses; only one of them still takes unsolicited manuscripts.

My Best Friend won two major picture book text awards. I've lost count of the number of reading lists and college courses that use this book.  Not too shabby for a book published eleven years ago. Today, it might never be read by an editor at all, without an agent pitching it.
Lesson Two:  Having a publishing track record does not guarantee you an agent.

I sold my second book, Yankee Girl to another publisher after it was turned down by the company who bought My Best Friend.  Yankee Girl received a lot of attention for a first novel.  Publisher's Weekly made me one of their "Flying Start" authors. There were some starred reviews, as well as some not so stellar ones. In fact several library systems and schools banned the book.  It was long-listed as an ALA Notable Book, was an Outstanding Social Studies book, and nominated for a dozen state book awards.  The first printing sold out in six weeks, which is a rarity.

With all this attention, I some how thought that an agent would arrive on my doorstep with balloons, roses and one of those giant cardboard checks, and a contract. Obviously I had seen too many Publisher's Clearing House ads.

Lesson Three:  Literary agents don't recruit. You have to go looking for them.

Once I stopped imagining hordes of agents clamoring for my attention, I began The Great Agent Hunt.  I queried, I pitched, I struck out.

Lesson Four:  Agents' slush piles are not the same as an editor's slush pile.

Sometimes, if you're lucky, an editor might say, "This book isn't right for us, but I like your style. Feel free to send me anything else you write.

There are no second chances with agents. Send your most polished pitch/manuscript because once an agent has rejected you, you can't pitch to them again. They have already formed their opinion as to whether you are "their kind of author."

After a solid year of trying, I had a long list of agents who had decided I was not their kind of author.

After re-reading Guide to Literary Agents, I learned the vast majority of agents will only read pitches/queries/manuscripts "recommended by a current client of the agent."  I had lots of friends with agents, who all generously recommended me to their agencies.

I submitted my next novel to Joe Agent the hip-hop-happening Rock Star of children's agents, recommended by multiple friends who were clients. 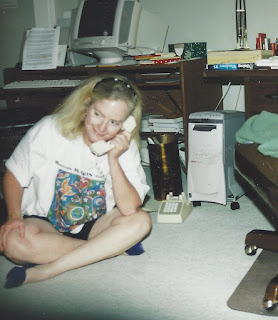 He read the first three chapters, then called me.

"This is great!" he enthused so loudly I had to hold the phone away from my ear.  "Send me the rest, tout suite!"

I dropped the phone and dashed down to Fed Ex with the remaining 250 pages. Overnighting the manuscript to New York cost me forty dollars. But who cared? I was going to be in Joe Rock Star's world.

A week later, Joe RS called me back. I trembled as I answered the phone.

"I gotta tell you, I was really disappointed with the rest of the book," he said.

I stopped trembling.  At the end of an hour, I learned I'm too literary, nobody likes historical fiction and he didn't care that my first two books were successful. So much for the Rock Star.

I was afraid to the submit to the next friend-recommended agent. If Joe had been The Rock Star, Josephine Agent was a Multimedia Superstar/Agent. She represented adult best sellers, and Newbery winners.  Her books were optioned for movies. I sent my pitch.

Another phone call. In a five minute monologue, this woman rattled off her credentials.  Another request for the book "And I mean I want it on my desk tomorrow."

Another Forty bucks to Fed Ex.  Then I waited.  And waited. I tried to contact her. Email, snail mail.  I even tried calling her. Whoever answered her phone had never heard of me, or my book, and no, Josephine was too busy to talk to this person who said she sent a book.  I never heard word one from Josephine, her agency or any of their minions.

Lesson Five:  All agents are not created equal.

Anyone can say they are an agent. I had a friend who found an agent in an LA bar. The "agent" was really an unemployed actor with no publishing experience at all. Fairy tales can come true. My friend's book became a best-seller and was optioned for a movie (that was never made.)  If this guy had not been my husband's life-long friend, I would not have believed any of it.  Until I saw the book on the New York Times bestsellers. I would say the whole thing never happened.

Another friend mentioned her agent. After so much querying, I knew who was who at the agencies.  Her agent was unfamiliar to me.  My friend couldn't tell me what writers she represented or how many books she had sold.

I looked up Unfamiliar Agent on the website Predators & Editors which used to call out the fakes, frauds and phonies in the publishing world. (Alas, this site is no longer operational, for lack of some to maintain the site. Please, someone, volunteer!) Sure enough, my friend's "agent" was on the Predator's list.  It gave her address as someplace like Pocatello, Idaho. Anyone with a cell phone can work anywhere, but most successful agents live near a major publishing center--NYC, LA, Boston.

The coup de grace came when my friend told me she had been with this "agent" for five years, with nary a sale to show for it. Or even rejection letters. Just the "word" of this person that books had been submitted and rejected.

Lesson Six:  Don't "marry" the first agent who asks you.

You wouldn't marry the first person who asks you on a date. OK, maybe you did, but you didn't do it after the first date, right? And you asked questions, lots of questions before you said yes? You did, didn't you?

An agent is your literary spouse. You're making a commitment "till death do you part." Or you decide, for whatever reason, this relationship just isn't working out. However, just like marriage, dissolving the partnership does not erase the past. Your ex-agent will continue to collect 15% of the royalties for the books he represented. The thrill is gone, but agent's payments are forever.

Lesson Seven:  Agents work for you, not the other way around.

Some of my friends go through agents like Kleenex. These authors didn't ask the right questions beforehand. Your agent should be compatible with your work style and expectations.  Here are some questions to consider.

Will the agent represent a book he doesn't personally like?  The answer is usually no; it's hard to sell something you aren't totally sold on yourself. At this point, your agent has become another layer of possible rejection before an editor even sees the book.

Does the agent help with revisions, or do they simply send out the book as received?

How many clients do they handle and who are they? (There is no such thing as "literary confidentiality.) What books have they sold recently?

How many times will your book be submitted, before the agent decides it's unsellable?
Some authors are unpleasantly surprised when their agent submits to three "big box publishers" and considers the job done. Why? Because smaller publishers offer smaller advances, which means a smaller 15% for the agent. It's not worth their time.

Do you like and trust this person?  It's tough being "married" to someone you don't even like. And you would sure want to trust someone who is handling your money.

Lesson Eight:  Don't give up hope.

If you really, really want an agent (and I do) don't give up the hunt. I did, temporarily, but I'm ready to get back in the game. My WIP will be finished sometime next year.  There just has to an agent somewhere who loves historical fiction, and wouldn't mind representing picture book texts, no illustrations. As the Michael Buble song goes, "I just haven't met you yet."

And when I do, you will be the first to know.

Don't forget to sign up for our our current book giveaway for a copy of the latest CWIM.