With Thanks to an Unforgettable TeachingAuthor and Mentor 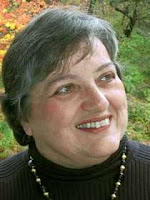 In THE WRITER’S JOURNEY, Christopher Vogler notes that the Hero must connect with some source of wisdom before answering his Call to Adventure.  Usually that source is a teacher, a protector, a trainer, a tester whose offerings ensure the Hero begins his adventure ready, willing and able.
Vogler labels this particular stop along the way Stage Four – Meeting with the Mentor.
I consider myself life-changing lucky to have met such a Mentor on my Writer’s Journey -  the ultimate TeachingAuthor, Barbara Seuling.
The second she left the world on September 12 she was instantly missed.

Barbara’s Children’s Book World friends and colleagues continue to sing her praises.
Her accomplishments were many, as noted in the September 13 Publishers Weekly announcement:  author of picture books and the popular OH, NO, IT’S ROBERT series (Cricket Books), picture book illustrator, former Dell and Delacorte Press editor, teacher and Emeritus SCBWI Board of Advisors member.
Even more plentiful were the legions of children’s book writers Barbara launched, watched over and celebrated, thanks to both her successful HOW TO WRITE A CHILDREN’S BOOK AND GET IT PUBLISHED (John Wiley & Sons, 1984, 1991, 2005) and her long-time Manuscript Workshop.
Begun 23 years ago in her Upper West Side New York City apartment, Barbara eventually moved the July Workshop to Applebrook, her cottage in Londonderry, Vermont, and then to the Landgrove Inn down the road, where it remains a go-to proving ground for dedicated children’s book creators.

The first edition of HOW TO WRITE A CHILDREN’S BOOK AND GET IT PUBLISHED served as my Children’s Writer’s Bible through the 80’s.  The 1991 Vassar Publishing Institute allowed me to meet and learn from Barbara in person, as did several Summer SCBWI Conferences that followed. It was in 2001, though, as I was considering answering the Call to a few New Adventures – serving on SCBWI’s Board of Advisors and becoming a Children’s Book Writing Coach, that Barbara’s mentoring made the difference. She guided me as we shaped my new career, instilling in me the confidence to move forward.  And fortunately, she did the same this past year, when she honored me with her invitation to continue her Vermont Manuscript Workshop. 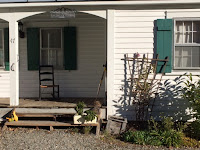 What joy, sitting in July with my fellow writers as our Guest Speaker and Workshop Founder passed on her know-how, insights, advice and Spirit.
And even more joy, when I visited Barbara and her wife Winnette Glasgow at Applebrook.  Barbara’s pride was palpable as she turned the pages of years of Workshop scrapbooks, calling attention to the writers she’d launched, the book creators she'd mentored, the workshop sessions she'd conducted, summer after summer.

Barbara began HOW TO WRITE A CHILDREN’S BOOK AND GET IT PUBLISHED with one of my favorite quotes, written by Atheneum Founder and Publisher Jean Karl.

“A good book respects a child’s intelligence, his pride, his dignity, and most of all his individuality and his capacity to become.”

I love that verb to become, and the infinite number of nouns and adjectives that might someday follow it. 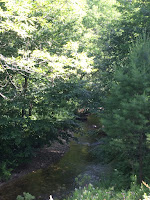 Simply put, Barbara Seuling respected each of her writer’s capacity to become, including this writer, and for that I remain forever grateful.
She held the bar High, because we write for children.

This summer, when I finally saw the crystal-clear waters that ran behind Barbara’s cottage, giving it its name, I could only smile. For years I’d used Barbara’s handle “aplbrk” when emailing her.

Some Mentors, like Barbara, gift their mentees with magic, a magic I know flows always and ever.