That Thing with Feathers 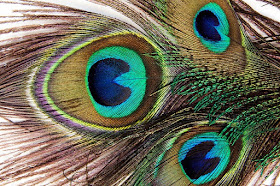 Carmela started us off with Two Things My Students Have Taught Me; Esther followed with My Storied Treasures Treasured Stories! April discussed 2 Poems, 2 Lessons Learned from Teaching .

What we know is that writing is hard, messy work. The business of writing is even harder, and messier.

“Authors pretend their stories were always shiny and perfect and just waiting to be written. The truth is, writing is this: hard and boring and occasionally great but usually not. Even I have lied about writing. I have told people that writing this book has been like brushing dirt away from a fossil. What a load of shit. It has been like hacking away at a freezer with a screwdriver.” – Amy Poehler

Gertrude Stein submitted poems for 22 years before finally having one published.

And despite all the advice not to take rejection personal, it is personal. According to Rowling, one editor told her to keep her day job. Alice Vincent reports (here) that one of the 15 publishers who didn't think The Diary of Anne Frank was worth reading, offered his wisdom: "The girl doesn't, it seems to me, have a special perception or feeling which would lift that book above the 'curiosity' level."

Herman Melville's novel about the white whale was rejected by editor Peter J Bentley, stating "First, we must ask, does it have to be a whale? ...While this is a rather delightful, if somewhat esoteric, plot device, we recommend an antagonist with a more popular visage among the younger readers. For instance, could not the Captain be struggling with a depravity towards young, perhaps voluptuous, maidens?"

Ironically, Richard Bentley of the same London publishing house offered him a contract in 1851. Moby Dick was published 18 months later, when Melville arranged at his own expense for the typesetting and plating of his book to speed up the process. Young, voluptuous maidens never made the final edit.

So what do writers who teach writing learn from our students?

Because students have that thing with feathers, eternal hope.

“Hope” is the thing with feathers -

That perches in the soul -

And sings the tune without the words -

-- Emily Dickinson (For the complete poem, see Hope is a thing with feathers)


Students inspire us to keep trying.