.
Howdy Campers! Happy Poetry Friday! Today's poem and the link to PF is below.

It's time once again for TeachingAuthors' annual... 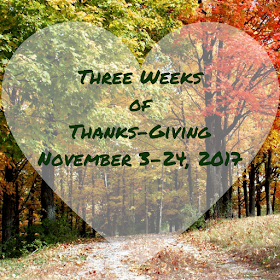 Mary Ann began our series giving thanks to the best teacher ever; Carla thanked her favorite teachers; Carmela thanked her history teacher; Bobbi thanked the many teachers who appeared in her life throughout this difficult year. It's my turn to thank someone.

Who Was Jella Lepman And Why Am I Giving Thanks To Her?

This year I'm thanking a different kind of teacher: Jella Lepman, whose memoir, A Bridge of Children's Books, which I've just finished, has inspired me to rise up from my couch of despair and continue fighting for what's right, no matter the obstacles. 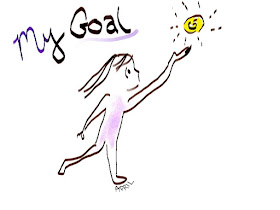 Here are some adjectives which describe this visionary librarian/teacher/leader:
Tenacious. Purposeful. Unfaltering. Dogged. Unwavering. Ambitious. Generous. Unstoppable. I could go on and on. Campers--if you are flagging, if you need inspiration, run, don't walk to pick up her memoir, A Bridge of Children's Books.


'This is the story of a remarkable woman and an important document in the history of international children's literature' -- Inis Magazine
. 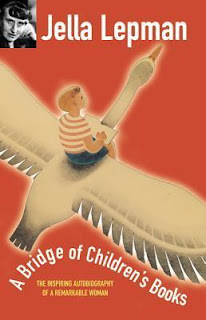 "The remarkable story of Jella Lepman, who, having left Germany to escape the Nazi regime in the 1930s, chose to return in the aftermath of the Second World War, as 'Adviser on the Cultural and Educational Needs of Women and Children in the American Zone'. She soon decided that what Germany's war-ravaged children needed was to see a world of the imagination, beyond their landscape of bombed-out buildings and military vehicles. Battling with bureaucracy and meeting with generals and statesmen, including Eleanor Roosevelt, she founded the International Youth Library, filling a huge void in the lives of Germany's children with books from all corners of the world. The IYL included a children's art studio, story- and play-writing classes, readings, foreign language classes, and the foundation of the Young People's United Nations. In 1951 Jella Lepman founded the International Board on Books for Young People (IBBY), dedicated to promoting international understanding through children's books. This is a story of tireless courage and conviction in the face of desolation and cynicism."

Note, Campers, that the International Board on Books for Young People (IBBY) has been called "one of the most influential children's literature organizations in the world." (And the good news is that there's a United States national section we can join!) 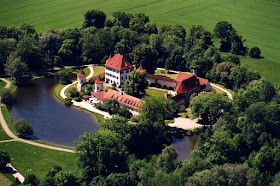 The International Youth Library,
the world's largest library
for international children's and youth literature,
was founded in 1949 by Jella Lepman.

Check out this quick PowerPoint about Jella created by Canadian Laura A. Thompson, PhD in 2011.


I also owe thanks to Janet Wong and Sylvia Vardell who introduced me to USBBY during this summer's ILA conference in Orlando, opening my eyes and heart to the world of international children's literature. And thanks, too, to Junko Yokota for pressing this book into my hands and urging me to read it. Reading how Jella climbed over obstacles to accomplish so much has lifted me up and changed my life.

she is one warm light
through this wet, winter night

just one woman
just one human

climbing chunks of bombed-out buildings
she is steady, she is feisty
.
and her goals
are grand and mighty
.
no one says that she is cautious
skirting senseless rules and bosses

just one woman
just one human

she is one warm light
through this wet, winter night

And thank you, Jane, who's hosting Poetry Friday on her Raincity Librarian blog. 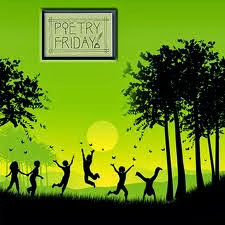 posted by April Halprin Wayland, coming off the couch of despair and bouncing into the light