How I Became a Teaching Author 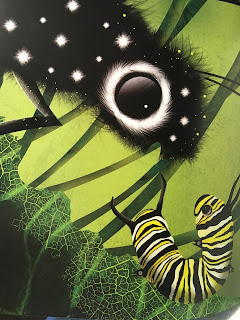 Children tell stories. It’s what they do. It’s how they make sense of their world. If you lean in closely and really listen to a young child and drop your adult expectations, you will hear it. Between the um, um, um and the repeating phrases, even toddlers are fantastic storytellers.

This is where I live when I am teaching kindergarten six hours a day. Inside children’s stories, I am allowed to travel deep down into their interior lives. This is where the fountain of youth lies, untouched by adults left cynical, distrusting, and judgmental. When a child lets you in, it is truly magical. I am given that privilege every day. I have a hard time imagining losing that privilege.

Every once in a while, I fantasize about retiring from teaching kindergarten in a public school in Los Angeles. The fantasy doesn’t last long.  The fuzzy image of a future filled with days doing something other than immersing myself in a 5-year-old’s world leaves me depleted and devoid of happiness.

I teach because I can’t imagine doing anything that lacks the joy of play.  The kind of play which is a means without an end. A process without an expected outcome. Creativity in its rawest form, untouched by adult expectations. Even the thought of spending my days writing, photographing, painting, or filmmaking doesn’t hold the magic of hanging out with a group of young people who keep me grounded and tethered to my own childlike wonder of the world. Maybe, it’s the fear of losing touch with that unfettered way of moving through life. Maybe, it’s the fear of losing that point of reference and losing that ever-intoxicating sense of curiosity. Maybe, it’s the fear of growing old. 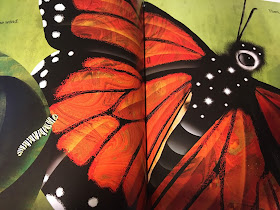 I didn’t seek out a career in education as a young adult. Teaching found me.

I had set out to become a broadcast journalist in the early 80’s. I landed an entry level job at CBS in New York City. It was the number one station in the number one market. I was beyond thrilled. Just before leaving my college town for New York, I came to Los Angeles on a whim. Only for the weekend with a fellow recent graduate. Just to say goodbye to the west coast in style.  A last farewell. But my fate was sealed. The sun enticed me and there was no turning back. Hollywood and its promise of filmmaking intrigued me and eclipsed my former goals. Broadcast journalism was in my rearview mirror.

I transitioned by getting a job as a cocktail waitress. My father was disappointed. Adrift for the moment, I felt like I needed to meet my father’s need to use my newly acquired degree that he had paid for. And so, I crossed the street to the local elementary school to ask how I might become a substitute teacher in the meantime, while I figured things out. Eventually, substitute teaching gave way to full time teaching. The gravitational pull too strong to escape. I emerged as a progressive educator committed to a philosophy of listening to children. 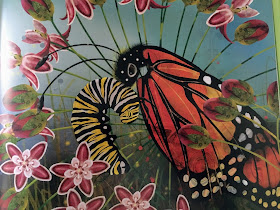 As a lifelong storyteller, I have facilitated story as a journalist, theater director, writer, photographer and visual/multi-media artist. As I developed as an artist and educator simultaneously, I kept the two trajectories separate. Although, I suspect they bled into one another. Later in life than most,  I had a child by myself.  My parenting was informed by my teaching. As my only child approached her early teen years, full time, child-centered, single parenting gave way to small bits of time that could be redirected to my innate attraction to storytelling. As she got older, it found its way back into my life. My child-directed pedagogy as a kindergarten teacher found an intersection with storytelling. I naturally found my way into the kid lit world. 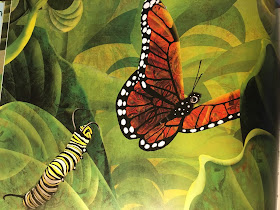 Telling stories in the form of picture books is the culmination of years of listening to children, both my students and my own daughter. Writing picture books and teaching kindergarten are two separate careers. One is not dependent on the other, but I cannot deny that one informs the other and vice versa. It is my role in both professions to build the conditions for discourse between children and adults to emerge.  Children tell stories to make sense of their world.  They are natural storytellers. They have so much to say about our world. It is my hope that my work as a kindergarten teacher and as an author, creates an environment in which children expect to be heard.
And we, as adults,
have the capacity to hear them. 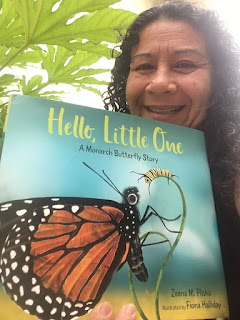 Caterpillar crawls from leaf to leaf, eating and waiting, all alone in a big, green world. Then Orange appears--Orange floats, and flits, and flies, graceful and beautiful. In this sweet, moving story of intergenerational friendship, a small caterpillar is befriended by a glorious monarch butterfly, and together they learn to see the world through each other's eyes.
Trailer created by Kyle Ragsdale    kyleragsdalevfx.com
"Lyrically told and handsomely illustrated... Share this lovely picture book to launch a science unit, or to introduce evergreen themes including growing up, dealing with loss, and the power of transformation." –School Library Journal, starred review
"[Hello, Little One] is an accessible and thoroughly engaging introduction to monarchs, told through a parable of friendship."  -- Booklist, starred review
For more about my books and teaching, see my website HERE
zeena at 9:00 AM
Share