The Other Side of the Rainbow--Patience, etc in the Publishing World

In our recent series about the three P's--Patience, Persistence and Perseverance--my fellow TA's have talked about them in the writing process. I'm going to a different area of the writer's world--publication--where the Three P's are every bit as essential to survival.

By nature, I am not patient, persistent or persevering. However, I told myself that if I just kept practicing those virtues, I would some day be a published author. It took twenty years of consistent effort (and an MFA from Vermont College) but I finally sold my first book. Yay!

Now I had an editor and a publisher. Smooth sailing from here on out, right? Wrong!

When I sold my first book in 2000, I had certain romantic notions of publishing, mainly about editors.  I had read the biography of Max Perkins, the legendary editor of Fitzgerald, Hemingway, Wolfe and every other major American writer of the 1920's-40's. In general,I thought editors were Herculean beings like Mr. Perkins. Perkins was not just an editor, he was a "writer wrangler." He carved books from the massive manuscripts Wolfe presented him. He served as a surrogate father to Hemingway, whose gigantic ego masked deep insecurity. He never lost faith in Fitzgerald, no matter how chaotic that writer's life became. Unsurprisingly, I decided that editors were equal parts loving parents and literary magicians.

My editors have all been lovely, creative, intelligent people, who managed to find in my manuscripts insights I never suspected. But gone are the days of signing on with an editor for life (or at least until one of you becomes disenchanted.) With one exception, not one of my acquiring editors was around for the actual publication of the book. Some of my books have had as many as four editors shepherding it through the various stages of publication.

How did this happen? I might've taken it personally, but I realized that editor is a young person's job. There are still a few old school editors who spend their careers with one company they, but VERY few. A "newbie" editor (like mine) work punishing hours, and if they aren't asleep, they are reading. They job hop, from publisher to publisher. Some of them flame out and go into another line of work. One went to rehab. Some become agents. And some of them do things that don't allow for reading twenty hours a day. Like get married, have kids. Things like that.

Why am I going on about editors? Because the constant turnover in editors requires great amounts of the 3 "P's". Patience when your book is "orphaned" by the acquiring editor, and you wait to hear from the new editor, who has been "assigned" your book. Persistence in asking for updates on publication, as your book is pushed back from one year to the next. Perseverance as you ask...and ask...and ask again if an illustrator has been found for your picture book. And patience again as you learn where your book has landed on the illustrator's calendar.

For example, I was beyond thrilled when the fabulous illustrator E.B. Lewis agreed to do my first picture book. SO thrilled...that I never thought to ask WHEN it would be published. My editor left for another house right after the final copy edits, so I not only didn't know when...I didn't know WHO to ask. A year later, I learned through a conversation with an agent, that Mr. Lewis had projects lined up for years...and that it would be at least five years before my book rose to the top of this schedule. Actually, it was four years... and well worth the wait!

Currently, I am dealing with THE longest wait of my writing life. I banged out a book in 2010. Sold it within 3 weeks. A new record for me! Yay! Did the edits, go paid my partial royalty (the rest to come at publication) all within six months. "I'm getting the hang of this writing thing," I thought.

And then...nothing. 2011. I write my editor and learn she has gotten married and quit the biz. 2012. 2013. I am reassigned to an editor. 2014. New editor says they have a hot prospect for an illustrator. 2015. Illustrator thinks about the book...and decides it's not for her. 2016. I ask the publisher if they still plan to publish my book. The same in 2017, 2018 and 2019. At the end of 2019, I am on the verge of mailing back my royalty and asking to reclaim the manuscript...when...my interim editor writes me that I've been assigned to a NEW editor. Literally....one right out of school who turns out to be younger than my daughter. We get together and talk. All goes well. New editor has some good new ideas. I incorporate them into the manuscript. New Editor has a hot prospect for an illustrator. (Hmm...where have I heard that before?) I turn in the final edits, March 6, 2020. It was a Friday.  The following Friday, the President announced a national emergency due to COVID-19. We all know what happened after that.

A year passes. In February, I hear from my editor again. Like everyone else, editor has been working from home. Good news...the illustrator is starting work on my book. Um...OK. I thought she had ALREADY started. So that means....yep...the publication date, which was supposed to be Fall 2021, is now Fall 2022. In other words, everything that could possibly happen to this book...has happened. I'm just happy that in the past 10 years this manuscript has stayed alive through multiple editors, illustrators...and national emergency.

Even Max Perkins could not have done more  in a time of  pandemic.

Have a great summer everybody! Go out and chew some clover! 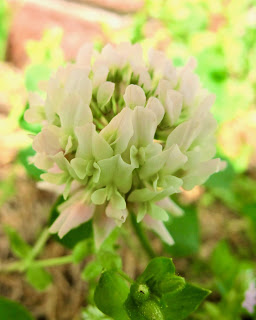