And the Winner is…or How I Learned I’d Won! 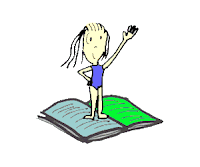 I almost deleted the email.

It came from my website and the subject header was, “Question for You”…as in Blessed One, How much money can you send to my cancer-ridden mother in Nigeria?

But I opened it:

Please give me a call when you get a chance. I wanted to ask you a question about your book.

It included her phone number.

The Sydney Taylor Book Award is for the best Jewish children’s book of the year in three categories (Younger Readers, Older Readers, and Teen Readers) given by the Association of Jewish Libraries.  I’d savored the chicken at the STB Awards dinner at the AJL Convention in Chicago last year.  The conventioneers were smart and welcoming--I'm so glad I attended.

What question could she have about New Year at the Pier?  Did she want to know if my wonderful illustrator, Stéphane Jorisch, was from the United States?  Would they disqualify our book from consideration if they discovered he is a Canadian?  (Not to worry.  The Association of Jewish Libraries is an international organization; the award is an international award.)  What else could she want to know?

So...the question she asked me?  “April, where on the cover of New Year at the Pier do you think the gold Sydney Taylor medal should go?” 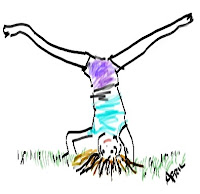 In July, they will fly me and my husband to the AJL Convention where I will finally meet
Stéphane Jorisch, illustrator extraordinaire, in person!

And here’s a shout-out to my friends Elka Weber, who wrote the honor book, Yankee at the Seder, and to Jacqueline Dembar Greene, who wrote The Secret Shofar of Barcelona.

is the podcast by  Heidi Estrin, wonderous light of librarians everywhere, who says of this podcast, “They let me record the big reveal, which you'll hear first. Then I snuck Kathe Pinchuck, the awards chair, out of the meeting for a little while to talk about the books in detail.”  Heidi also writes a fabulous blog devoted to this award.  (Yes, Heidi is everywhere in cyberspace you want to be...)

Thanks to all who have sent me an email, a facebook message or phoned in their congratulations.  Winning this award means so much to me...now they'll say my name in the same breath as fellow Teaching Author Esther Hershenhorn, who won the Sydney Taylor in 2003 for her book Chicken Soup by Heart!

all drawings by April Halprin Wayland