My four-year-old daughter woke up yesterday morning and announced, with terrific enthusiasm, that she wanted to "write a book for Dr. (Martin Luther) King."  After much concern about how to make "the outside part of the book" and time spent on selection of workspace, paper, and appropriate markers, she sat down to work, turned to me, and said, "Now what should I write?"

Our next topic is the first of the "Six Traits of Writing."  Of course it all begins with the IDEA.

It occurs to me that my daughter's writing process is much like mine -- and many of my students' -- and probably at least some of yours.  I get an idea.  I get excited.  I sit down to write.  I discover I have no clue where I'm going.  And that, alas, may be the end of that.

In my exit conferences with students at the end of the semester, they tell me almost universally that they feel that topic selection is the most important part of the writing process.  When I give assignments, I always tell them that I want to "feel their passion" (in a PG sense, of course).  If they don't have so much to begin with -- which is often the case, let's face it, when dealing with an assigned essay -- I think one of my most important jobs is to help them do so.

Often students are able to identify a general idea about which to write ("world hunger"), but when it comes to distilling their paper into a thesis or, as we say in fiction, that one-sentence pitch -- homing in on exactly what they want to say is often the most difficult part.  I have frequently been asked where I get my ideas.  A better question might be how to decide whether an "idea" is worth writing about.

I have at least five unpublished novels in a drawer, to say nothing of the unfinished ones.  Mind Games is (so far) my notable exception.  What makes it different is, I'm quite sure, something that happened before I ever put a word to paper.  I chose a topic that mattered not only to me but would also, theoretically, be of interest to parents, teachers, kids, and/or editors (not necessarily in that order). 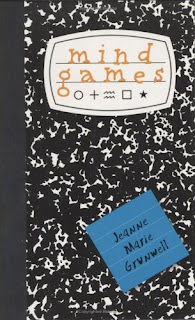 The first series books I read as a kid were The Bobbsey Twins.  Thanks to Bert and Nan (Freddie and Flossie, not so much), I spent most of my childhood wishing I were a twin. Another book that had a big impact was And This is Laura, by Ellen Conford.  I was certain I had a latent case of ESP.  After all, there was that time I dreamed a gerbil lost its tail in my hand (eew), and this very same disgusting circumstance happened in real-life the next day.  So in eighth grade, when it came time to pick a topic for the science fair, I chose ESP.  I read about the Minnesota Twin Study (fascinating!).  I was even able to use identical twins as subjects.  I did not conclusively prove anything -- but of course it is impossible to DISPROVE that something like ESP exists.

My grandmother used to dream of her old house at 305 Broomall Street in Chester, and the next morning she would tell my mom to play that number in the Pick-3 lottery.  And more often than not, she won.  As I think about it, I started writing Mind Games just after my grandmother died.  She was, of course, my inspiration for the character of Babushka.  And, despite the fact that she could not read and had no regrets about this fact, I know she would be very, very proud of her published author granddaughter today.

The idea of writing a book told from multiple viewpoints appealed to me for several reasons.  (At the time I undertook this project, the multi-POV middle grade novel was not quite so faddish as it is today.)  However, ever since I read the Beverly Cleary books -- Beezus and then Ramona, Ellen Tebbits and then Otis Spofford -- I became conscious of trying very hard to see the world from different perspectives.  As a scriptwriter, one of my alleged skills is in writing characters' specific voices.  Because a television script has a preordained structure and length and because the scientific method lends itself, IMO, to plenty of natural drama (and yes, mystery), I decided to use the format of a science fair project report.  This structure was a crutch, a terrible constraint, and a great challenge.  I also found it amazing fun.

My husband teaches sixth-grade reading, and apparently the current curricular push centers on "reading to perform a task" (i.e., pass a test) at the expense of novel analysis, which he has essentially been told can only be taught supplementally.  Cross-curricular novels are thus becoming increasingly popular.  Of course this was hardly on my mind when I decided to incorporate the scientific method into my storytelling process.

I would also like to comment briefly on writing-for-hire and the problem of what to do when you don't have a burning passion for your subject but need to write about it anyway.  (This situation is probably analogous to what many of my English Comp. students go through with every assignment.)   Of course one always does one's best in the assignment selection department but, failing that, TRY to find SOMETHING to like and relate to, even if this thing is not immediately evident.  (Writing for a soap opera requires frequent use of this tactic.  I love my job, but I had a boss once who felt that women did not belong in the workplace.  That was a tough year.  We also had aluminum-foil-clad "aliens" who landed in a pod.   That was another tough year.  I won't even discuss Satan in Salem!)

Please see Carmela's latest post for details on entering our new book giveaway contest for teachers and homeschoolers!  Unless you want a DAYS script or an old Nancy Drew, I am offering a copy of Mind Games up for grabs.  Happy reading, happy Monday, and Happy Birthday, Dr. King! 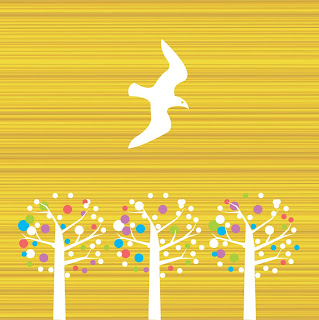