I tell my school audiences, Kindergarten through high school: our writer’s job is to notice the world. We use our five senses to:
see,
hear,
taste,
touch,
smell.
Raised antennae are the name of the game, to use anywhere, everywhere 24/7.

A (long) while back, at a McDonald’s Restaurant in Skokie, Illinois, I observed my then ten-year old son playing the restaurant chain’s first-ever Monopoly game.
I watched him place his latest earned game piece on our family’s close-to-full Monopoly game sheet.
And I heard him say,
“When we win the $10,000 I think we’ll all go to Hawaii!”
He spoke with such certainty, I could taste and smell the coconuts.
His zeal so buoyed me, I swerved to duck the waves.
A boy and a contest!
And not just any boy. A boy who went from A to Z with no stops in-between.
And that is how Howie Fingerhut came to be.

As for the story itself,
I immediately bought a marbled school composition notebook, the black-and-white kind, to hold my first scribbled thoughts.
I brainstormed for days, then weeks, then months.
I free-associated, webbed, clustered, supposed, wondered, asked “What if?”
The six Questions Words – WHO, WHAT, WHEN, WHERE, HOW and WHY - became my very best friends.
WHO might that boy be?
WHAT might be the Contest?
WHERE and WHEN might the story take place?
The HOW – i.e. the plotline? Well, that would come later.
The WHY behind the WHAT?
Hmmm………..
My WHO would need to tell me.

As for the story’s telling,
whoever my WHO was, I knew HE would do the telling, in a marbled composition book, like the one in which I wrote.
I always had my story’s opening line.
“Hi. My name’s Howard J. Fingerhut but everyone calls me Howie. I’m the author of the book you are reading.”

Thirteen years and many revisions later, each one guided by an interested editor or agent, Holiday House bought my middle grade novel, The Confe$$ions and $ecret$ of Howard J. Fingerhut.

At our first meeting, my editor Mary Cash complimented me on Howie’s voice. Then she requested I move the novel’s time period to the 21st century.

She also requested I drop Howie from fifth to fourth grade.

It took some time but once Howie coughed up WHY he NEEDED to win the H. Marion Muckley Junior Businessperson of the Year Contest, OR ELSE (!), I had a plotline true to Howie’s heart.

The fact that Howie’s WHY resounded in my heart helped me tell a story that could resound in my reader’s.

Oh, and please remember to check Carmela Martino's latest post for details on entering our new book giveaway contest for teachers and homeschoolers. I'm offering a signed copy of the above middle grade novel, The Confe$$ion$ and $ecret$ of Howard J. Fingerhut.

The contest asks Teachers and Homeschoolers, "What is one of the biggest challenges, problems, or questions you have when teaching writing to students in grades 1-12.? 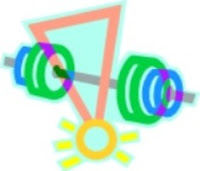 I love learning a writer’s story spark!
It’s often my first question when working with a writer.
It makes the story more delicious…while introducing me, a fellow writer, to possibilities.
For instance, did you know that James Marshall’s and Harry Allard's Miss Nelson came to be from a whispered name - Viola Swamp - in a nighttime phone call?

Choose a favorite book (or two).
Imagine the Big Idea that got the author going.
Then, track down the Truth in the author's own words.
If possible, visit the author's website.
Or, if relevant, check out the author's blog.
Try Googling, in quotes, the author's name, the book's title and story idea.
For instance, I Googled "Libba Bray and where she got the idea for Going Bovine."  The book is the 2010 Prinz winner.
Up popped an interview with the answer I sought.
Fantasy writers share story ideas in Leonard Marcus’ The Wand in the Word;  funny writers do the same in his Funny Business.
Anita Silvey's Children's Books and Their Creators is a treasure trove of writer nuggets.
Other resources include Sandy Asher's Where Authors Get Their Ideas, Gale's Something About the Author and the amazing resource TeachingBooks.net at http://www.teachingbooks.net/
Don't forget author biographies and autobiographies, too.
And be sure to note your findings in your Writer's Notebook.