It must say something about me that I have written two of my five published novels with contests as a central conceit.  Despite my generally abysmal luck, I love a trip to Vegas, a nice scratch-off, a good game of trivia.  Of course contests that combine luck with skill give one the feeling of more control and, generally, greater satisfaction.  (Give me video poker over straight slots any day -- though I seem to be an equal opportunity loser.)

I have spent the past week preparing my talk for the upcoming Nora Roberts Writing Institute on the topic of breaking in to the business of screenwriting.  When I moved to Los Angeles, I quickly learned that you can't get anywhere without a terrific spec script; and you can't get anyone to read your spec script unless you are either a Hollywood scion or are willing to sell your firstborn child in exchange for the opportunity.  [This is only a slight exaggeration.]  You need an agent in order to have your work read, but most agents accept clients only through industry referrals.  It's quite a quandary.  I once attended a writing seminar in which it was recommended that aspiring writers cultivate relationships with producers in any manner possible -- mowing lawns, washing windows, nannying.  Thankfully, there are alternatives.  One is to work as an assistant on a show for very little money but for the tremendous opportunity to learn the ropes from the inside (as I did).  The other respectable path to access is the writing contest.

Children's books used to be the one area of commercial publishing in which an agent was not necessraily required.  Novels were still routinely plucked from the slush pile and published.  In the two decades since I began writing, many houses have closed to unsolicited submissions. The path of the unagented writer has become much more difficult.  Again, many agents accept clients only through referrals.  It's the same Catch-22 all over again.

Though I had had some modest success breaking in to publishing on my own, I determined that the best way to gain access and, more importantly, expertise would be through an MFA program.  I certainly did not enroll with the expectation that I might win a scholarship, but it was a happy surprise when I was awarded the Houghton Mifflin Harcourt Prize (one of several scholarships offered by Vermont Collee) in my second year.   It was an even happier surprise when Houghton Mifflin offered to publish my creative thesis, which became Mind Games.

Even if a contest does not result in publication, the credibility garnered by a win is a terrific addition to a query or resume, and it can provide the access to the agent who can provide access to the publisher, who might just launch your career.  Which brings us to our... 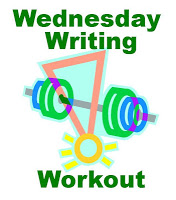 Several of my writer friends have been on a sending-out-manuscripts spree, and it is my intention to join them.  Query an agent, submit to a publisher, enter a contest -- polish a manuscript and get it off your desk.

To get you started, here are two contests with upcoming deadlines:

Good luck to all! --Jeanne Marie
Jeanne Marie Grunwell Ford at 6:49 AM
Share