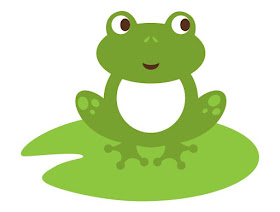 To follow three outstanding posts by April, Bobbie, and Carmela on "messy middles"is a major challenge.  They've already covered so much but we all have our ways of slogging through those messy middles.

I am a meandering writer. First chapters are easy. You're setting the story up, introducing characters and conflict. Chapter two you do more of the same. In fact, you're cruising along until you hit that bog/swamp/deep dark forest (choose a metaphor) aka: the messy middle. You know the "heart of the story" (see April's post) but do you know the end of your story?

I don't mean you have the last chapter, dialog and all in your head (although you might...I write last chapters first...but that's a post for another time.) More importantly, do you know how your character has changed since chapter one? If you don't, you can't really pick your way through the bog/swamp/forest because you don't know where you're going. You are wandering through that messy, messy middle, that muddle of characters and incidents that you think will get you to the end.

I used to write my way out of the middle. That's a good way to have a 600 page first draft of a 225 page novel. Even then, you might still feel that you haven't arrived where you wanted to go. Especially if you didn't know where you were going to begin with.

Organization has always been a big problem for me. Organization is so big, so overwhelming. Outlines have never worked for me. I was the student who wrote a term paper first, then went back and wrote the required outline. That doesn't work so well with fiction.

One of my mentors in the Vermont College MFA program, a writer known for extremely spare writing...not a wasted word anywhere...told me this. (Paraphrasing) Don't worry about the last scene or chapter. Think about how your character changes throughout the story. How is she different at the end? Build a bridge between the two things you know...how the story begins...and how the character is at the end. Build a bridge, inch by inch through the unknown.

This is a variation on the answer to the question, "How do you eat an elephant?" Answer: "One bite at a time." This is not working from an outline. It's working from the question: "And then what happens?" What starts your character's journey to change? Then what happens? What happens because of that? Cause and effect, cause and effect. Getting your character into as much peril as possible without killing them. (Although in frustration, I've often thought of loading my characters into a car, and driving them off a cliff, Thelma-and-Louise-style. "And then they all died. The end!")


I don't write in sequence. I mentioned earlier that I write final chapters first. That gives me a "ballpark destination." Of course that chapter will be re-written, or even discarded over many drafts, but it gives me someplace to head. I am standing in the first couple of chapters, and I see where I want to wind up. But how do I get there?

A scene, and incident, a bit of conversation will come to mind...and I write that. I don't know exactly where it is in the bog/swamp/forest...but it's in there. I don't worry where. I write as much as I can around that incite...and then wait. Another bit will come to mind. I write that...and again, don't know where it comes in the character's journey. I keep doing this until I finish what I think of as a first draft. (No one else would think of it that way!)

Second, third, and who-knows-how-many-drafts--I sort out theses hopscotching scenes, written in no particular order. I arrange and rearrange them. Reading through them sometimes causes me to throw a few out, or consolidate, or to have a Big Revelation.

Once these scenes are in an order that makes sense, I begin bridging those scenes. What characters, information, emotional change needs to occur next? I think of this process as building connectors between a bunch of lily pads. They're all floating in the same pond, but I need to connect them to get to shore (the last chapter). Frogs can hop from pad to pad...but readers need connections to get from episode to episode.

This works for me because my mind doesn't work in a linear fashion. I have ADHD and problems with executive function (the part of your brain that plans and orders tasks.) My mind hops around, and I can't help it. So instead of fighting against it, I've harnessed it. I've written and published 10 books and two short stories working this way.

Does it work? Judge for yourself. This is how I wrote this post. 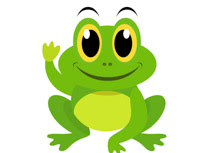