The Story of my Story - Hello, Little One: A Monarch Butterfly Story

When I close my eyes, I am right back in that moment when the story of Hello, Little One: A Monarch Butterfly Story jumped into my heart.  I don’t find stories.  Stories find me.  Once they find me, they haunt me until I tell them.  It’s a funny relationship we have. 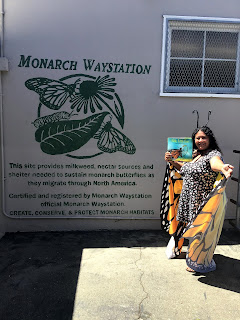 I am a public-school kindergarten teacher in Los Angeles.  My school is located in the Mar Vista/Venice Beach area.  We are a waystation for monarchs so it’s not unusual to see these beautiful creatures grace our playground.  In fact, they are our official mascot. They flit, flutter, and swoop as children's laughter and sounds of play can be heard in the background.

One day at recess time, I was walking on my way back to the classroom from the main office.  In between the classrooms, a majestic monarch butterfly fluttered about, landing on the flowers in the garden boxes.  I was mesmerized by the moment.  I wondered, “ What must that butterfly see and experience?”  As I wondered, I was struck by the sad, bittersweet thought that the life cycle of this monarch was almost done.  It had only about two weeks to live.  I was fascinated by both the strength of this creature and the fragility of life.  In that moment, the  character of Orange was born and the story of the little caterpillar who wanted to grow up and fly with it, found me.

I am a great lover of irony.   The story developed around the  friendship between a young caterpillar at the beginning of its life cycle and an elder butterfly at the end of its life cycle. The story was  anchored in the two points of view from the different stages of the life cycle and the  perspectives each can offer the other.  A caterpillar who sees everything in life for the first time  and can’t wait to grow up and fly with its friend and a butterfly who fondly remembers its youth while sharing the beauty and wonder that comes with experience and age.  It was important that the story not just focus on the perspective of the adult,  but  respect the voice of the child, giving equal value to both viewpoints.

It was an ironic story of longing. Youth wanting to catch up with age, and age savoring its memories of youth. The two at different stages of their lives, meeting in that wondrous two-week window when both were able to connect, love, appreciate, and admire each other.

I am always surrounded by the joy of 5-year-olds. The story came to life in my kindergarten world of youthful energy.   Originally titled Orange, it was a story of friendship, love, loss, grief, and renewal.

One of the first times I shared my story with a large, public critique group of children’s book authors, I read the manuscript not knowing what to expect.  The story was rough and unrefined. I didn’t understand rhythm, lyrical language, or  word choice.  It was both exhilarating and terrifying to reach the end and experience the response.  A woman sobbed.  She had connected with the grief in the story.  It had triggered her own loss and touched her. The room was moved. The story had taken listeners to a place where they had felt big emotions.  I thought I had done my job as a writer.  But the manuscript had miles to go and so did I in my development of craft.

The word count was way too long and suddenly, the manuscript was a play.  I was delighted to work with my young students to build the story and present it at a dedication ceremony to unveil a section of our campus, known as, The Wildlands.   The characters became more fully developed as I co-created with the 5-year-olds in my class.  The play was performed 7 years ago by students who  culminated from our school last year, the same year the book debuted.   Bittersweet.   I can still hear their youthful and poignant delivery of the lines as they flit, fluttered, and flew around the outdoor native garden.   It was the beginning of a journey.

My story of the little caterpillar and Orange had come to life, but it was still not ready for submission.  The manuscript  stretched beyond what was reasonable for a picture book, well over 1200 words!  Like many novice picture book writers, I did not yet understand the concept of word count and the process of precise word choice.  It went through many revisions. Then, it went through many rejections.   Rejections inform revisions.  Revisions made me a stronger writer.  They helped me develop my craft.

In the beginning, like most writers, my craft was not developed enough to tell the story in a way that was industry worthy.  I joined the Society of Children’s Book Writers and Illustrators (SCBWI) in the early spring of 2014.  I thought I was ready.  I had a story that made grownups cry and children flit, flutter and fly.  I only needed one yes.  I was confident and naïve. I entered the contests, but never won.  I queried agents and editors, but always got a no.

Like so many authors who had gone before me, I queried way too early. It takes time to hone your craft.  I joined critique groups and listened to my critique partners.  I worked the text over and over again. And when I thought I was ready, I queried again.  But, it also takes time to learn to query.

As a kindergarten teacher, I read picture books every day.  I’m lucky.  It’s part of my job.  In addition to reading constantly, I wrote more stories.  Different stories.  I moved on and didn’t put all my eggs in that one basket.  I attended a class at Otis College of Art and Design and was mentored by an amazing children’s book author, Deborah Norse Lattimore.  Who knew that so many stories would find me and expect to be written?  And with each story, my craft improved.  Orange, was in the distant past.  A bit forgotten.

A different story poured out of me in January 2018.  This manuscript caught the eye of that one yes I needed.  An agent, a friend of my fabulous teacher, agreed to represent the manuscript, Egyptian Lullaby.

Egyptian Lullaby, wound its way through many editors who expressed interest and then passed.  Finally, an editor was interested but there were developmental edits to make before an offer would be considered.  So close, but no book deal, yet. And then, suddenly a curveball. Someone else was also interested.  I had to make a choice and ultimately placed that manuscript with a home I felt was the most appropriate for the subject matter.  In making that difficult choice, disappointment was expressed. I wondered if the manuscript, Orange, had some of the same elements that the manuscript I had just sold elsewhere had.  I wondered if the editor would be interested in it.  I felt like it was a much better fit.  And it was!  After more developmental edits on the manuscript of Orange, I now had two book deals. Two years later, it was not the first manuscript, Egyptian Lullaby, but rather a renamed Orange (Hello, Little One: A Monarch Butterfly Story) that I debuted with.

As I prepared to do my part to release this book, I thought with my head, with my logic, and  I leaned into my experiences as a teacher.  I expected that teachers would be most interested in the scientific principles embedded in the story. This book was a useful tool for educators to facilitate the learning of concrete and tangible science concepts like the life cycle of the monarch. What got lost along the way as I focused on marketing and sales, was the essence of the story.

When my mother read the story recently for the first time, she finished by saying, “Wow, that’s kind of a sad story.”  I’d forgotten the impact that the initial story had as a whole. 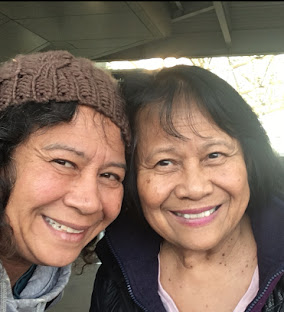 And then the Corona Virus hit and life as we knew it was turned upside down.  The global pandemic stopped everything in its tracks.  My debut book release in May of 2020 and all the events that were planned, my daughter’s senior year in high school and all the activities expected, my student’s kindergarten year and all our unfinished time together. And then the unthinkable.

I unexpectedly lost my own beloved aunt to Covid-19.  Numb and paralyzed,  sometimes it takes great disturbances in the universe to shake you to your core, to bring your sense of purpose and meaning back into focus. 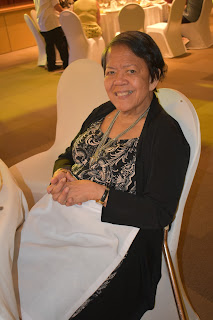 It all came bubbling up and I was back full circle.  I had written a book about the monarch butterfly life cycle with my head, but with my heart I had written a story about friendship, love, loss, and renewal.  This was a grief book. A story to help children make sense of their world during a senseless pandemic that we were all struggling to understand.

I am heartbroken to think of the children who have lost their beloved grandmothers and grandfathers, aunts and uncles.  So many elders lost.

I hope I have done my job as an author and given children who have suffered a loss, a path to their healing.  I hope I have done justice to this story that found me so many years ago, a story of connection, cycles, transformation, and last goodbyes. 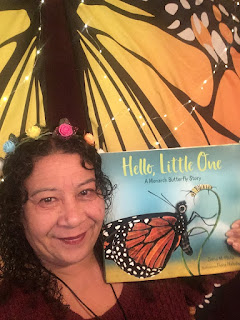 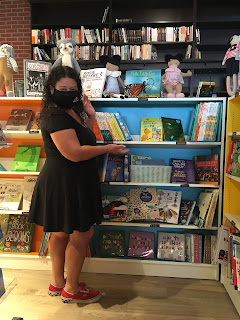